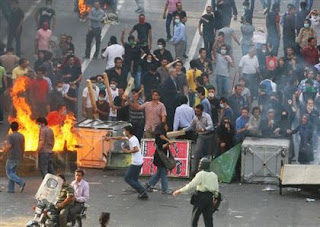 Most countries of the world warns the US against interference in the internal affairs of Iran. Earlier, the authorities of the Islamic Republic stated that the protests that shook the country during the last days, came to naught. According to experts, Tehran had to face an attempt of destabilization and dismemberment of the country, initiated from the outside, following the example of Syria, Libya or changing its political course as in Ukraine. Radicals could deal with the incitement to armed insurrection in Iran from groups like “Islamic State”, political scientists believe.
Iranian authorities against the backdrop of pro-government speeches made the statement on the completion of the disturbance on January 3. On the streets were thousands of Iranians, people chanted slogans in support of Ayatollah Ali Khamenei and waved national flags.
According to an approximate calculation, because of the protests that began in the republic, 20 people were killed, about 450 were detained by law enforcement agencies. Among the detainees was a citizen of one of the countries of the European Union. According to the Iranian authorities, he is responsible for stirring up unrest.
“This man was prepared by European intelligence agencies and led rebels,” the Reuters news agency quotes Hamidrez Abulhassan, head of the Justice Department in Borucerd district in western Iran.
Let me remind you that the first anti-government speeches began on December 28 in the city of Mashhad. Soon a protest wave swept the other regions of the Islamic Republic of Iran, and clashes began between the demonstrators and the police.
Although the initial reason for discontent was the price increase, literally the demonstrators immediately switched to foreign policy issues. “Not Gaza and not Lebanon. My life is Iran “, is the key slogan of street speeches.
The protesters accuse the country’s authorities of excessive spending on defense and support of such structures as the Lebanese Hezbollah, as well as conducting military operations abroad. Over the past few years, Iran has become one of the key opponents of the “Islamic State” grouping in the region. For example, thanks to Iranian support from terrorists, the Iraqi megacity Mosul was liberated.
It should be noted that it is the Shiite Muslims that are the main objects of the IS aggression. From the point of view of the ideologists of the terrorist “caliphate”, the Shiites are “infidels” and are subject to physical liquidation. In this light, the concern of the Iranian authorities about the need to fight the IS by strengthening the external contours of national defense is absolutely justified. 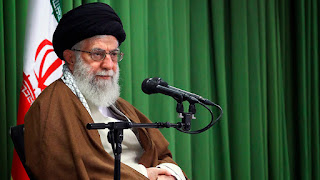 From the point of view of the Iranian leadership, protest actions in the country were provoked and directed by the foreign enemies of the republic. The spiritual leader of Iran Ayatollah Ali Khamenei stated this in particular on January 2. “In recent days, Iran’s enemies have used other instruments, including money, weapons, politics and intelligence, to create trouble for the Islamic Republic.”
As the experts note, by strange coincidence, the internal political situation in the Islamic Republic of Iran deteriorated after General Kasem Suleymani announced the defeat of the “Islamic State” in Iraq and Syria. This statement was made at the end of November 2017, and already in mid-December, Iran announced its readiness to support the Palestinian side in connection with the decision of US President Donald Trump about the transfer of the American embassy to Jerusalem. General Kasir Suleymani during phone conversations with Hamas representatives confirmed Tehran’s readiness to support the Palestinian grouping.
In this regard, in recent days, US President Donald Trump has shown an extreme interest in Iranian events. The head of the White House devoted a whole series of statements to this topic on Twitter. In the opinion of the President of the United States, the Iranians “have little food, high inflation and no human rights”, so they opposed the “brutal and corrupt regime.” 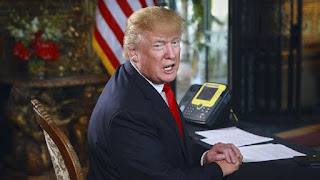 Commenting on the attacks of the American president, the Iranian Foreign Ministry noted that Trump should first of all tackle the problems of the United States, such as high crime and impoverishment of the population.
European leaders, speaking of the Iranian events, show much greater restraint than American politicians. For example, French President Emmanuel Macron said that, although the international community should increase pressure on Tehran, it is inadmissible to interrupt the dialogue with the Iranian side, or even more so to build an “axis of evil” with his participation.
A similar view is held in Berlin. Attempts to use the Iranian events in the international arena are troubling the German authorities, German Foreign Minister Zigmar Gabriel stated.
Historically, Iran and the European countries have developed cooperation relations. Despite the sanctions, which affect not all spheres, Europeans continue mutually beneficial cooperation with the Islamic Republic of Iran. Europe, unlike the US and Israel, the chaos and disintegration of Iran are not profitable. This would lead not only to problems for business, but also to new armed clashes and a new wave of refugees.